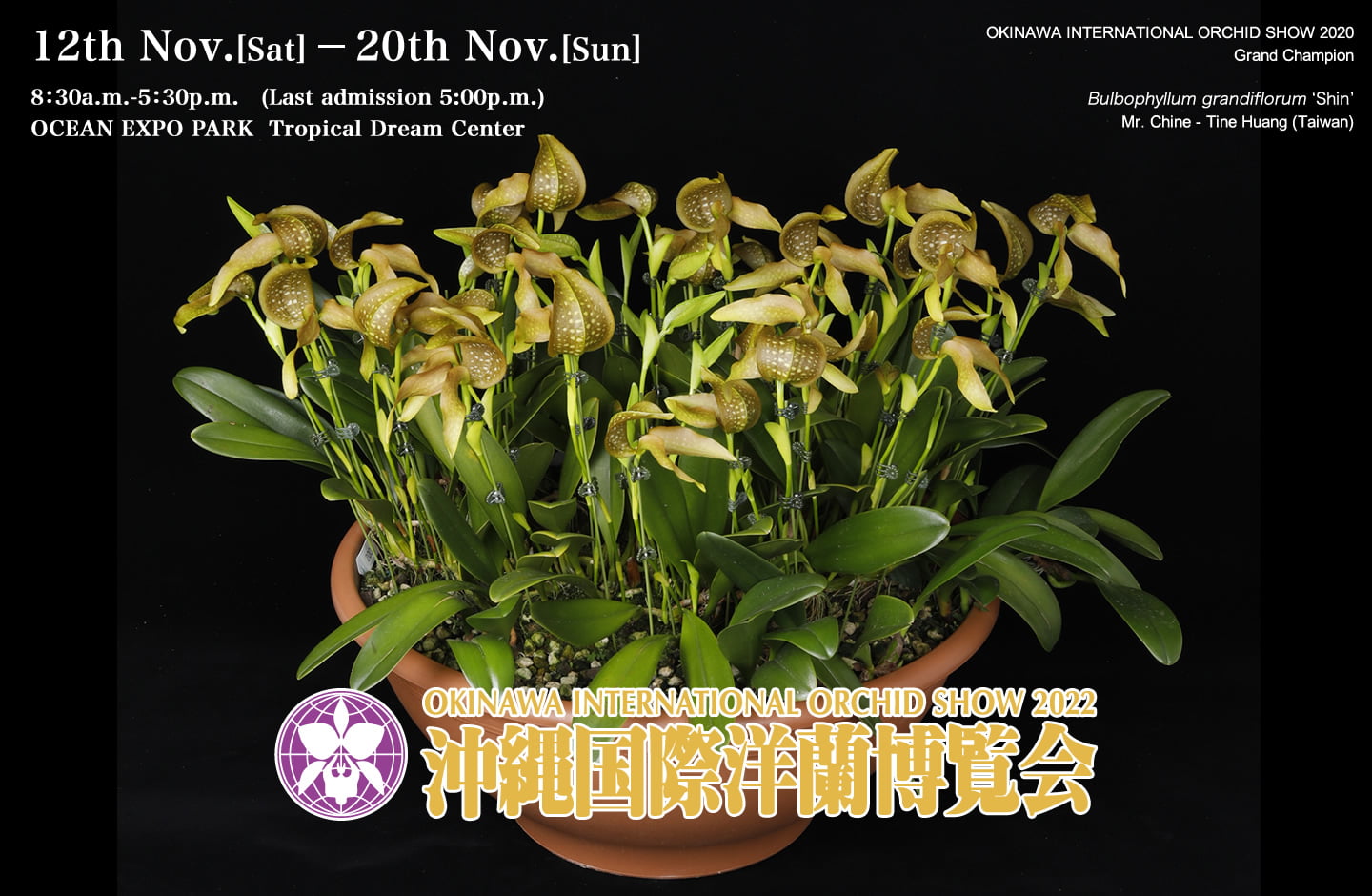 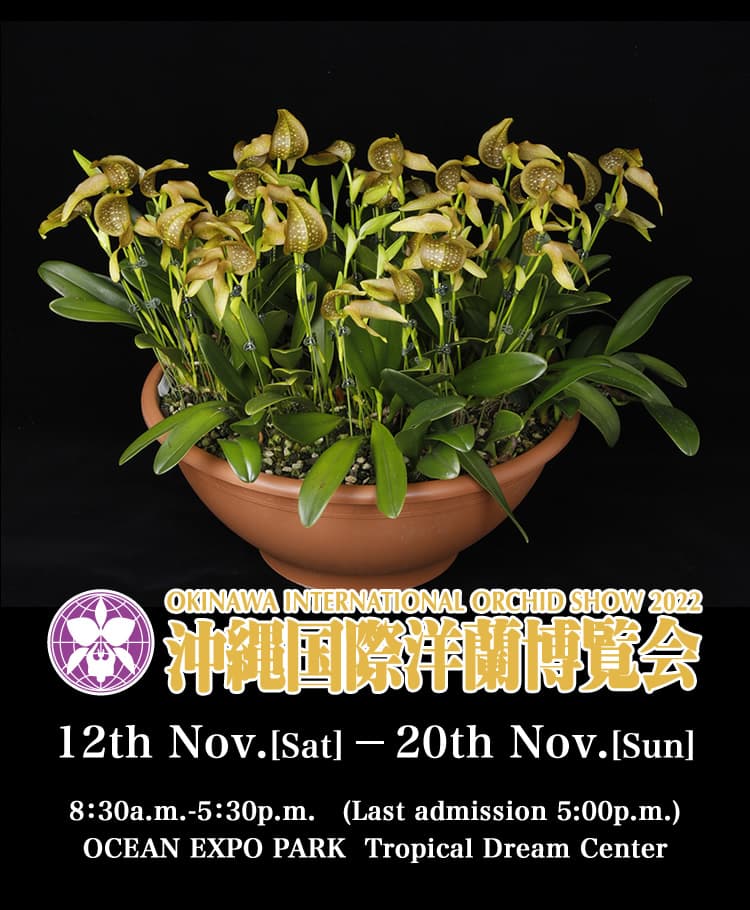 I would like to extend my sincere thanks to all exhibitors of the Okinawa International Orchid Show, and to all those who have provided their support and cooperation year after year.
Okinawa International Orchid Show has been held with the purpose of sharing dissemination of orchids, conservation, popularization of horticulture, creation of art, contribution to tourism, facilitation of urban greenery and parks. It is my honor to announce the 34 anniversary of the event this year. We hold the show in the hope of providing an opportunity for orchid lovers, growers, floral designers from Japan and overseas to gather and meet and have friendly interaction as well as responding everybody’s wide interest in orchids. And thankfully, our orchid show has been highly rated for its content and long history.
The show is not only about judging of orchids in various categories but there will be many related events planned to satisfy various visitors’ interests.
All orchid lovers are cordially invited to enter your best pieces and visit flower-filled Okinawa on this occasion to meet with other orchid enthusiasts within and outside of Japan.

The Okinawa International Orchid Show is held with the purpose of sharing dissemination of orchids, conservation, popularization of horticulture, creation of art, contribution to tourism, facilitation of urban greenery and parks.

Okinawa International Orchid Show has been held since the opening of Tropical Dream Center, and counts 34th anniversary this year. It is known as one of the major orchid shows in Japan as well as highlight of winter tourism in Okinawa .

Visitors are surrounded by gorgeous orchid blossoms at their peak, which were tendered with grower’s love and passion. Prime Minister Award has given to the Grand Champion, the best orchid of the show chosen from entries within and outside Japan, as well as various minister awards to the most superior piece of each judging category. Tropical Dream Center presents the colorful art of orchids centering around three large orchid greenhouses, which will be filled with orchid entries from the region and beyond.

Entry pieces will be judged by a group of orchid professionals from Japan and overseas. Judging takes place in two divisions: Certification division and Competition division.

Certification Division is carried out on new hybrid species which have not been certified in other orchid conferences.

The evaluation standard includes floral shape, color, size, quality, inflorescence and its arrangement as well as number of flowers.
The F.C.C. Prize (over 90 points), A.M. Prize (80-89 points), and H.C.C. Prize (75-79 points) will be awarded according to the mean value of judges' points on each entry.

Cut Flower Category
Evaluation is based on floral shape, color, number of flowers, thickness of petals, inflorescence, and size.

Display Category
Presented idea and theme of display, techniques and completeness of work, use of orchids, total balance and harmony will be considered. Landscape displays are one of the must-see works in the show.

International Entrants Category
Entries from abroad will be judged by the standards of the category which they are entered.

Overall evaluation is to choose to the entry which best represents the exhibition and its spirit.
OIOS is the only orchid show in Japan which receives Prime Minister Award, and it is given to the Grand Champion.
Come and check out the breathtaking beauty of the best flower!

Schedule and Application for Overseas Participants

Before leaving your country, you are requested to apply for CITES (Convention on International Trade in Endangered Species of Wild Fauna and Flora) permit. CITES permits, phytosanitary certificates, invoices and packing lists are required to export orchids to Japan.

＊Please make sure your plants to enter Japan at Naha Airport, Okinawa (no stopover at any other ports in Japan).

The orchid species subject to CITES Appendix I (artificially propagated plants only) are as follows:

Documents to be submitted in applying for import permits are:

＊Pre-acknowledgement from the Japanese Government is required for orchids subject to Appendix II imported from Afghanistan, Israel, India, Papua New Guinea and Peru. In this case we also need application. Please contact the organizing committee if you require the procedure.