A place that introduces the history and culture of the maritime people in the Pacific region including Okinawa.

The items displayed here were made when Okinawa Ocean Expo was held in 1975. They preserve and pass down to the present time the oceanic culture of the Asia-South Pacific region of the 1970s.

“Oceanic culture” can also be said to be the outcome of one’s soul cultivated through the interchange between the “ocean” of Mother Nature and the “human beings” that live by it daily. People are tempted to co-exist with the ocean by its fascination. That is what created “ships” which connect the ocean and people, and invokes the will to venture into the unknown.

This Oceanic Culture Museum introduces the intercommunion of people that takes place on such oceans, i.e. “oceanic culture” and its culture and history.

A voyage to the Pacific rim that especially relates deeply with the history of Japan and Okinawa begins guided by abundant materials and interesting narration. Turn your thoughts to the “oceanic culture” of our ancestors and that of ourselves to come.

Life in the Pacific and Okinawa（movie） 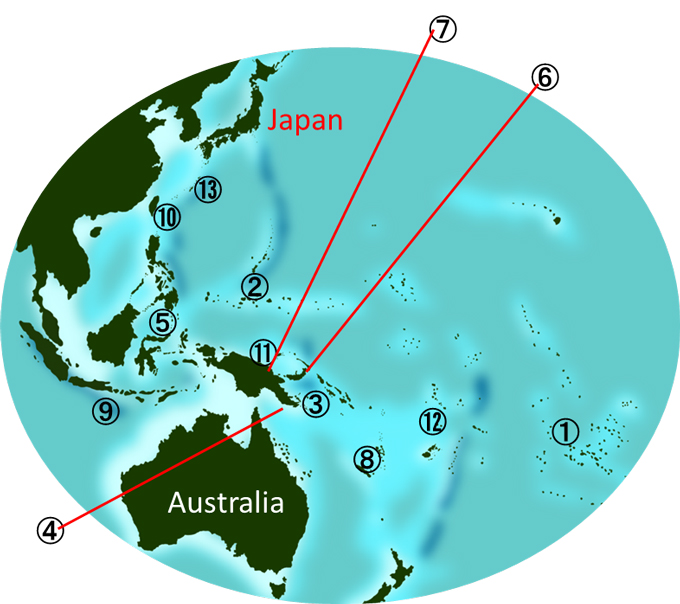 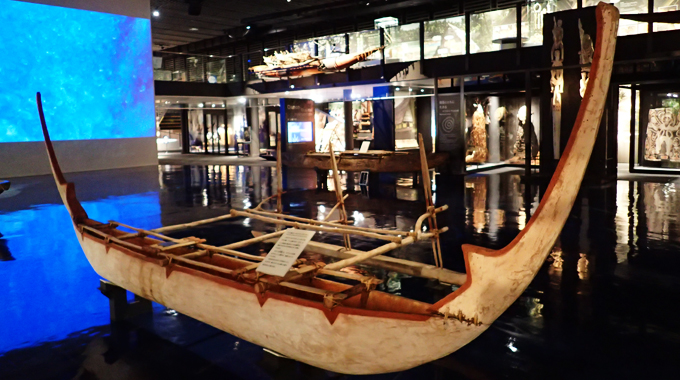 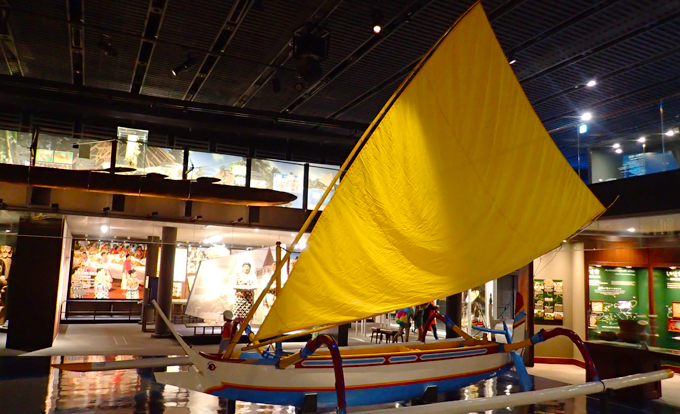 The Expance of Oceanic Culture 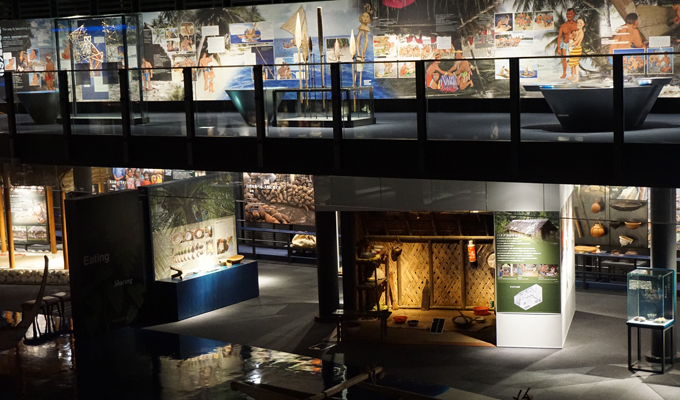 The Oceanic Culture Museum offers many opportunities for contacting with culture and customs of Oceanian regions. Our galleries consist of tools and artifacts with various themes such as clothing, food, housing, fish catching, music, dance and religion. 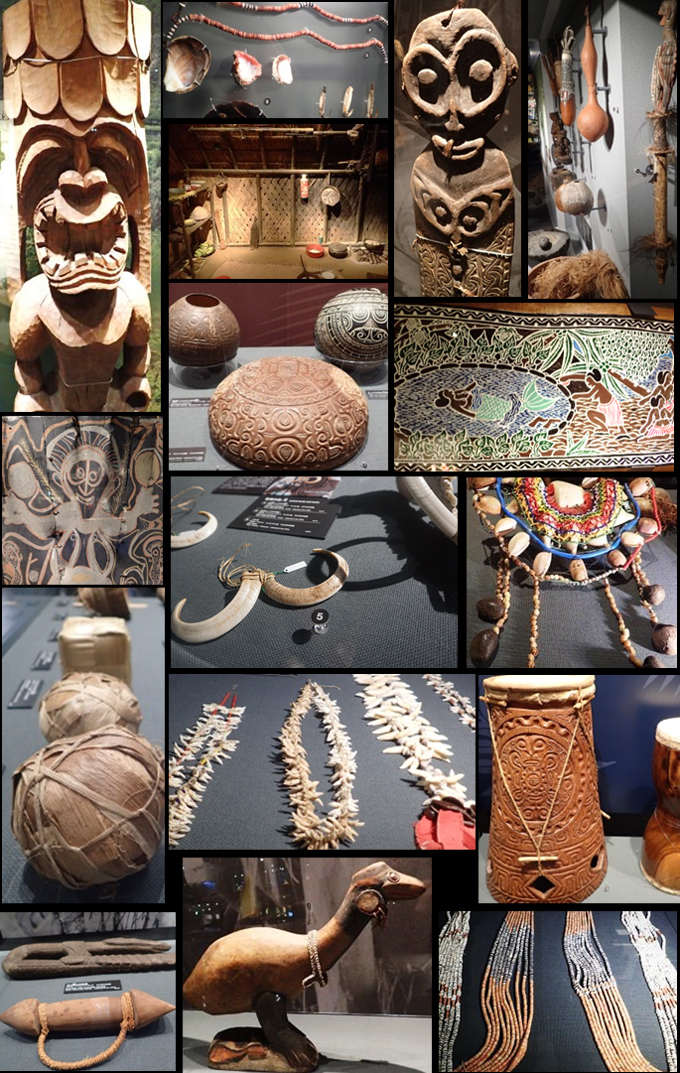 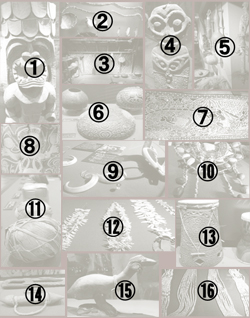 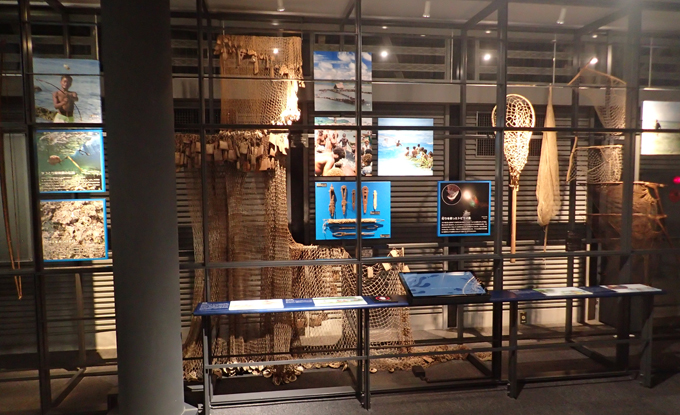 A canoe that has been exhibited since Okinawa Ocean Expo was held in 1975.
This double canoe was designed by Mr. Herbert Kane based on historical records and restored by the people of Tahiti. 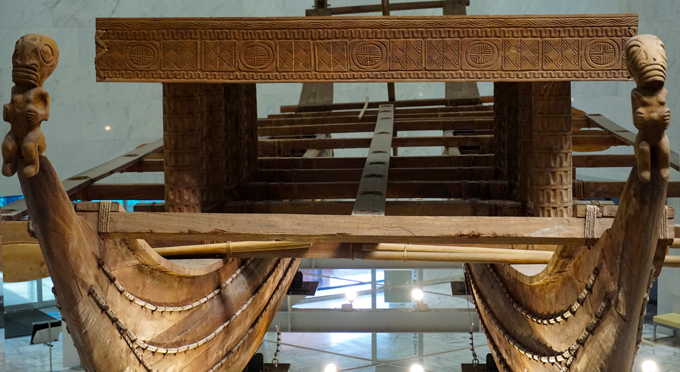 The Navigation zone displays a video on how people migrated as they made great voyages headed to a new world.

The traditional navigation and naval engineering of Micronesia, which developed after a long period of time and is still passed down to the present time, is introduced via the first bande dessinee (serial comic strip) in Japan that extends over 33 yd. There are also displays of tools used for learning navigation (sidereal compass and stick chart) and items to take on a voyage.

People Who Crossed the Ocean々

Groups of people whose livelihood was on the ocean took a long period of time to bring about naval engineering and navigation. These people continued their journey to the east, and widely spread out over the vast Pacific area. This process is introduced using panels and videos.

By the use of a “serial comic strip” method, topics of “how to become a traditional navigator” and “how to build a traditional canoe” is introduced in a way that’s easy to understand using wall paintings each extending over 33 yd. 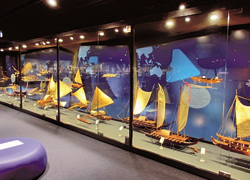 An area where models of unique canoes of various regions of Oceania are on exhibit.

The Oceania Zone not only introduces the wisdom and courage of people, but also introduces the culture of Oceania through such topics as shelters, food, clothing, religions, music, dance, and fisheries. These are shown among the voyages that took place in the vast expanse of the ocean through dynamic images using the map on the floor and a large screen. There is also an experience booth.

On the floor of the exhibit hall stretching 33 yd x 16 yd is a map of the Pacific Ocean, and the “People Who Crossed the Ocean” are illustrated on a large screen. 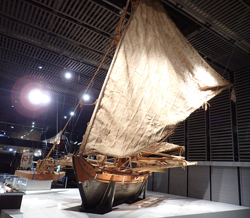 It was built on Polowat Island using a traditional canoe building technique of Micronesia. It is a canoe that actually made a voyage of 497 miles from Polowat to Guam by traditional navigation (Star Navigation) in five days. 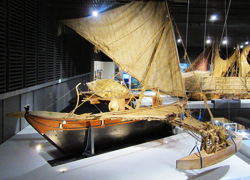 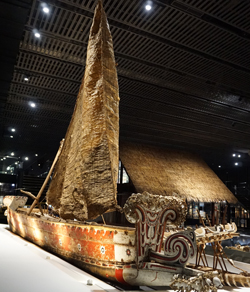 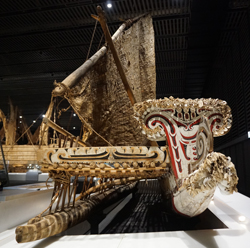 The Kula canoe is a beautiful canoe with unique engraving and coloring, and decorated with cowry. “Kula” stands for a rite of exchanging necklaces and armlets in the Trobriand Islands. 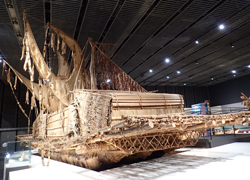 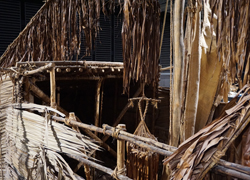 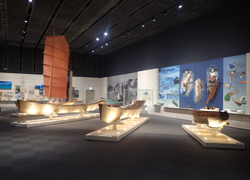 A zone that introduces the fishery life of Okinawa. Traditional fishing gear of Okinawa is displayed, and a video of the traditional skin diving net-fishing (Agiya) is shown. The “Machikifuni (Marukinni)”, just restored in Okinawa for the first time in 60 years, as well as the Sabani boats, “Honhagi” and “Nanyohagi”, are exhibited along with videos of the actual manufacturing process. 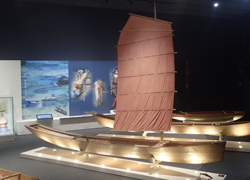 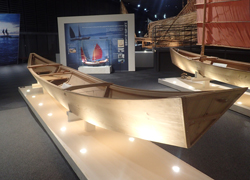 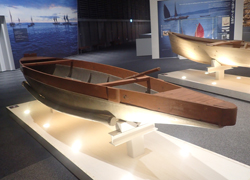 Tankubuni (boat making use of an aircraft fuel tank) 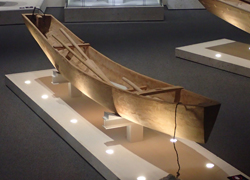 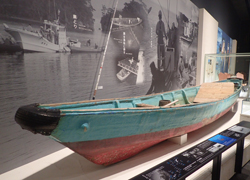 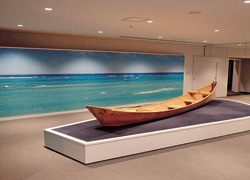 In addition to displays of materials related to Ocean Expo held in 1975, an information search terminal is available. There is also a Sabani to get on aboard and take photos.