Jitudeh stands for people who were in charge of local administration as deputy landlords of each land division (current municipalities) during the Ryukyu Kingdom period, and was the highest rank in the Magiri-banjo (current town and village office) responsible for managing various administrations. The layout of Jitudeh’s house was that of a typical Okinawan private house with alcoves facing south east called Ichibanza, next to that is the family altar room called Nibanza and the living room called Sanbanza. On the other side of the house are the children’s rooms called Ichiban-uraza and Niban-uraza, and a room with a fireplace called Sanban-uraza which can also be used as a maternity room. The detached room called the “front house” or “Asagi” is used as a retreat or lodging for guests.

Location within the park 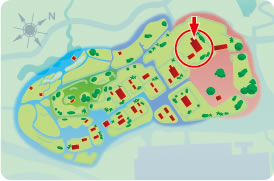 Plants growing in the park 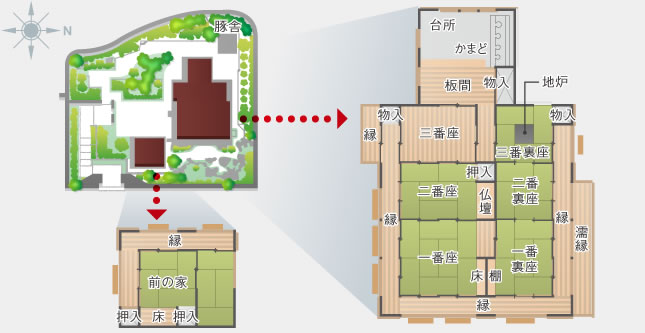